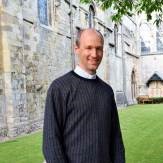 A virtual marathon in May …